How to Run Disney’s 2019 Princess Half Marathon: What Expect & Tips to Succeed Running in Walt Disney World’s Princess Half Marathon through the “Happiest Place on Earth” can only be described as kooky, exhilarating, and magical.

Here’s what to expect, and how to succeed.

There will be Costumes

Imagine, if you will, over 45,000 of your fellow runners, from over 45 countries, nearly all woman, bedazzled in various princess accoutrements. There will be crowns a-plenty, cinderella gloves, glittery skirts, sparkling wings, and even, full length gowns.

What? Running in a full length gown? Yes sirree! I ran a Disney race next to a Cinderella, who did the perfect Cinderella wave to the crowd throughout the time I ran along her side. She pretty much floated by…it was quite enchanting. Like I said, kooky.

Getting to the Start Line

Like nearly all of the Disney running events, the Princess Half Marathon starts VERY EARLY! The first corral of runners start at 5:30 a.m., and you are typically instructed to be in your own corral no later than 5:00 a.m. If you are staying at a Disney property that provides transportation (not all do, check with Disney Reservations if this is important to you when making your booking) to the start line, you must be on the bus NO LATER than 4:00 a.m. And in order to be on the bus that early, you have to get up REALLY early….and in order to get some sleep to get up that EARLY, you have to go to bed…well, shortly after breakfast the previous day.

Disney’s Princess Half Marathon starts and ends in Epcot. Once you have reached the Epcot parking lot, or drop off point, it takes every bit of 20 minutes to walk to the start line, so budget your time accordingly. And of course, if you want to make that last minute “pit-stop,” allow for that as well (I highly recommend stopping at the port-a-potties, but be warned, the lines will be long – it’s almost all women, after all!!!).

Disney’s Princess Half Marathon is an out and back course – meaning you start, run to a given point, and back track to pretty much where you started (only now it’s the finish line). In this race, you start just outside of Epcot and make your way toward Cinderella’s Castle inside the Magic Kingdom. Running down Main Street is perhaps the most exhilarating part of this race. It’s hard to imagine, but there are literally thousands of people along the sidelines here, as well as throughout the course, cheering you on. It’s magic.

Once you run through the Magic Kingdom, you make your way back to Epcot along World Drive. All the way there, as well as back, you are energized by the music on the sidelines, the princesses (the real ones, not the ones running in tutus), and the Disney characters (note: bring a camera, or your phone, and pause to take pictures). Once back at Epcot, you will cross the finish line with the crowd cheering you on!

Then you get the coveted Disney Princess Medal…and revel in the fact that you did it! It’s truly a magical experience.

What to Do to Succeed and Last Minute Tips

I cannot stress the importance of training. It’s not so you can win the race, it’s so you can complete the race. Let’s face it, Disney endurance races are some of the most expensive half marathon races around, so you want to be prepared, and you want to finish. Plus, you’re running to get the beautiful medal, and all your friends know you are running, so you KNOW you have to finish upright!! If you need help training, check out my 8-week half marathon training program

Lay Your Clothes Out the Night Before

Lay out your shoes, your socks, your clothes, your bib, jacket – whatever you are planning to wear during your race. Charge your phone or iPod! Then check it all again!

Bring Pants and a Jacket to Through Away

Even though it’s Florida, it can be COLD. If you’re like me, I am freezing one minute, but the minute I start to run, I heat up instantly. The remedy…go to your local thrift store, buy a warm pair of pants and jacket (for just a little bit), then right before the race, peel off the pants (I forgot to mention, you will be wearing shorts or whatever makes you comfortable) and throw them on the side of the corral. Once the race is underway, and you are warmed up, peel off that Goodwill jacket, and toss it on the sidelines. You were able to make good use of these used items for a short time, it didn’t cost a lot of money, and all discarded clothing is collected and donated again. You get to stay warm, for only a couple of bucks!! Priceless. 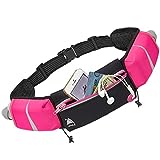 When the new co-branded Disney New Balance Mickey (and Minnie) Mouse 803v3 shoes were introduced at the 2013 Walt Disney World Marathon, I could not believe it when I saw people running both the half and full marathon in these shoes! Of course, they are the CUTEST SHOES EVERRRR, but…I know you just bought them, and your feet aren’t used to them. New Shoes + 13.1 miles = VERY SORE FEET.

Bottom line, get new shoes…good ones…but not right before the race. Plan accordingly.

Eat a Good, but Light Breakfast

If you are traveling to Florida to run Disney’s Princess Half Marathon, plan ahead for food. Oatmeal is perhaps one of the best pre-race foods. Instant oatmeal, a banana, and coffee is my favorite pre-race meal. I pack a percolator with me, and use it to heat water that I use for the oatmeal and instant Via Starbucks Coffee. I bring the oatmeal and instant coffee with me, and can usually find a banana at any hotel. I get to eat in the comfort of my own room before the race…you know…at 2:00 a.m. YIKES!

Finally, HAVE FUN!!! Clap at the crowd, cheer on other runners, fist pump to the music, wave to the people who came to support you and the other runners, and SMILE FOR THE CAMERAS…they are everywhere!

Fun Facts for the 2013 Disney’s Princess Half Marathon

A Beginner’s Guide to Running

Running Tips for Women During Pregnancy